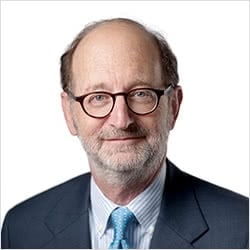 In November 1982 I joined Susman Godfrey & McGowan (later renamed Susman Godfrey) as the fourteenth lawyer in the firm. I became a partner in the firm in January 1987 and remained a partner for twenty-nine years until my departure in April 2016. During my tenure at Susman Godfrey, the firm grew to over 100 lawyers and expanded from a single office in Houston to include offices in New York, Los Angeles, and Seattle.

My practice at Susman Godfrey was balanced between representing plaintiffs and defendants in private cases, in class actions and in so-called "mass actions." I was appointed co-lead counsel on behalf of class action plaintiffs, and I served as defense counsel in class actions. I represented insureds in cases against insurance companies and defended insurance companies in cases brought by their insureds or others. I represented debtors-in-possession and bankruptcy trustees in actions in bankruptcy court and actions brought in federal courts. In a number of cases, I worked in conjunction with counsel handling criminal cases proceeding parallel to civil actions.

I twice served on the Executive Management Committee at Susman Godfrey. I was included numerous times on lists of outstanding lawyers, including Best Lawyers in America, Texas Super Lawyers, Benchmark Local Litigation Stars, and Leaders in Their Field by Chambers.

I live in Houston, Texas, with my wife Elena, who is the Chief Executive Officer of the Episcopal Health Foundation. I have three sons.